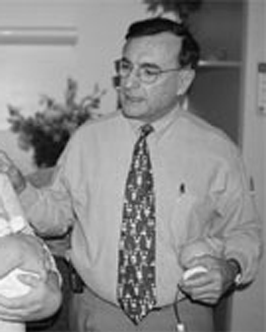 The late Dr Aldo Vacca (OAM, MBBS, FRCOG, FRANZCOG, Grad Dip Ed) was renowned as a tireless advocate and educator of vacuum-assisted delivery (VAD), both in Australia and internationally. His efforts are estimated to have avoided 100,000 cases of maternal trauma in Australia alone*. Dr Vacca identified and refined the five steps common to all vacuum deliveries.

Dr Vacca identified and refined the five steps common to all vacuum deliveries and developed the Handbook of Vacuum Delivery in Obstetric Practice. He continued to research VAD issues throughout his life, producing many peer-reviewed journal articles. However, Aldo was also driven to share his knowledge in a more practical sense, producing a suite of teaching and training resources and travelling extensively to train operators in correct vacuum delivery procedure.

It was in Papua New Guinea that Aldo Vacca found his calling. Following his medical training at the University of Queensland in Australia, he began his medical career in PNG, initially as a GP and then in the Division of Obstetrics and Gynaecology at the Port Moresby General Hospital, where he was responsible for supervision and review of the Maternal Death Register. The findings of his investigation into the causes of all maternal deaths reported between 1973-1975 were a key factor in the development of his interests in the management of operative vaginal delivery.

In 2007, Aldo Vacca was honoured with the Medal of the Order of Australia 'For service to medicine in the field of obstetrics and gynaecology, particularly through the research and promotion of the technique of vacuum extraction delivery in obstetric practice'. And in 2011, this was followed with a Distinguished Service Medal from the Royal Australian and New Zealand College of Obstetricians and Gynaecologists.

Individuals should learn to grade instrumental procedures according to the technical skill that is required and attempt only those vacuum deliveries that fall within their own level of expertise.

Aldo has left a great legacy to the world of safer delivery for moms and babies. As you know, his lifelong work has been dedicated to the welfare of mothers and babies, of which he has made an extensive and long-lasting contribution.

His Handbook of Vacuum Extraction in Obstetric Practice, and his everyday hands-on techniques for VE delivery are without question the world standard for proper vacuum delivery. His colleagues, peers, students and friends throughout the world attest to this fact.

I feel that as his colleagues, friends, students and associates we all have a responsibility to continue his work in educating obstetricians and clinicians to these valued techniques that he has provided.

Aldo’s work and your support of this work have and will continue to make a significant difference in better practical operative obstetrics. As a memorial to him, I feel that we have the responsibility to carry forward his work and teachings.

Aldo was Consultant Obstetrician at the Royal Brisbane & Women's Hospital, Brisbane, Australia and Associate Professor, Department of Obstetrics and Gynaecology at The University of Queensland. He was known to be an exemplary obstetrician, an exceptionally dedicated and talented teacher, and a warm and loyal friend. Aldo’s main beneficiaries are the women and babies who have benefited from his unique obstetrical skills, which he was so eager to share generously throughout the world. Aldo's legacy is synonymous with the development of the hand-operated hard plastic device for vacuum-assisted delivery.

He was awarded the Medal of the Order of Australia in 2007 for ‘services to medicine in the field of obstetrics and gynaecology, particularly through the research and promotion of the technique of vacuum extraction delivery’, and was awarded the RANZCOG Distinguished Service Medal in 2011, which is awarded to Fellows of the College who have made a significant contribution to College work.

The Royal Australian and New Zealand College of Obstetricians and Gynaecologists (RANZCOG) has established the Aldo Vacca Award to commemorate Aldo's legacy. The Aldo Vacca Award is presented at each RANZCOG Annual Scientific Meeting. Read more about RANZCOG